With over 100,000 new BloomID users, the announcement of multiple major partnerships with Fortune 500 companies, the launch of our web and iOS apps, and a thriving developer ecosystem, 2018 proved to be an extremely successful year for Bloom!

Here, we take a look back at the rapid growth, major partnerships, and groundbreaking technical milestones for Bloom in 2018.

Since launching just over a year ago, more than 100,000 users have signed up and created a BloomID, far surpassing our projected goals for the year and making Bloom the largest decentralized identity management system in the world!

Bloom saw record signups in Q4 2018, driven by consumers growing concerns about the massive collection, misuse, and sale of their personal data in the wake of an increasing number of data hacks, breaches, and alarming revelations.

Bloom now has global reach, with users in over 180+ countries around the world. At the end of 2018, the United States accounted for 53% of all BloomIDs, while Western Europe accounted for 19%, Canada for 4%, Australia for 3%, India and Pakistan for 3%, and Eastern Europe for 3%.

As we’ve rapidly scaled, dozens of developers have integrated Bloom’s technology, countless lenders have joined our network, and we’re in live agreements with many of the biggest financial institutions around the world! At this pace, Blooms sees mass mainstream adoption on a global scale in the near future, as consumers begin to take back control of their data and companies look to adopt innovative technologies that address these growing concerns.

In September, Bloom announced a partnership with BMW to streamline the loan application process and improve the customer journey by allowing consumers to securely fill loan applications with verified identity information and financial data. Through Bloom’s lending infrastructure solution, users will experience a new way to apply for financing.

Shortly after the partnership announcement with BMW Group Financial Services, in November Bloom announced a collaboration with American Express Middle East to help drive fintech innovation as part of American Express Middle East’s ACCELERATE ME program. Bloom is enabling the region to introduce new approaches to credit scoring using non-traditional sources of data and is working to bring a secure, data driven approach to risk assessments in order to streamline the process.

Now, a look back at the major community, development, and product milestones in 2018 that have helped make Bloom one of the largest decentralized apps in the world.

January 12: Phase 1 is Launched on Mainnet

Over the course of the year, we deployed Phase 2 contracts to mainnet, introduced attestations for sanction screening and social media accounts, enabled users to link their mobile apps to their existing BloomID, introduced Bloom Payment Channels by Ethereum Whisper, eliminated transaction fees from voting and invitations, and introduced developer documentation. Our robust developer ecosystem allows any engineer to easily integrate Bloom’s login and BloomID technology.

One of the biggest problems for blockchain platforms is interoperability. In September, we launched the Bloom Attestation Kit. Bloom’s Attestation Kit is an easy-to-use solution for deploying a service for interacting with the Bloom ecosystem into your application. The system allows for any application to act as an attester, a requester, or both, for attestations on the Bloom network via its easy-to-use API.

In September, after more than a year in development, we launched the much anticipated Bloom iOS app. The Bloom iOS app release marks a revolution in the way individuals control their data, giving users the power to take back control of their identity and credit. The release marked a huge milestone for the global identity ecosystem and the broader blockchain community.

Bloom is dedicated to building groundbreaking technology and workflows for the everyday person, leading the way forward in developing intuitive user experiences in an antiquated industry, delivering modern technology that enables increased security, transparency, and financial access. With Bloom, anyone with an iOS device can finally harness the power of blockchain, and a secure financial identity, today.

Bloom’s Lending Marketplace is now live, with more than a dozen lenders offering everything from credit cards to auto loans! Users can view offers in the marketplace on both desktop and the iOS app, making finding and applying for credit easier than ever. We are currently working with multiple lending partners on integrating BloomID, so that users will be able to securely and quickly one-click apply for credit using their BloomID.

Bloom is positioned to provide a secure solution to the global data problem with technology that presents a viable path forward, today. As users demand better data security and more control over their digital identities, Bloom is striving for mass global adoption that influences far corners of the identity, data, and financial landscape, including everything from identity verification, to P2P lending, to consumer credit and more.

Moving into 2019, we will look to further engage our community, foster a thriving developer ecosystem, bring dozens of new lenders and partners onboard, lead the way in decentralized technology and user experience, and continue forward in our mission to build a robust global credit infrastructure on the blockchain.

In service of this mission, 2019 will be full of new development milestones and company initiatives. Here is a sneak peek:

Join us and download the Bloom mobile app or sign up on desktop today. We’re committed to delivering amazing user experiences and love hearing more about the key products most important to you, please download and hop in our Telegram to share your experience with us!

Bloom is a blockchain solution for identity security and cross-border credit scoring, restoring ownership and control of identity information and financial data back to consumers. By decentralizing the way that information is shared between untrusted parties, the system reduces the risk of identity theft and minimizes costs associated with customer on-boarding, compliance and fraud prevention. 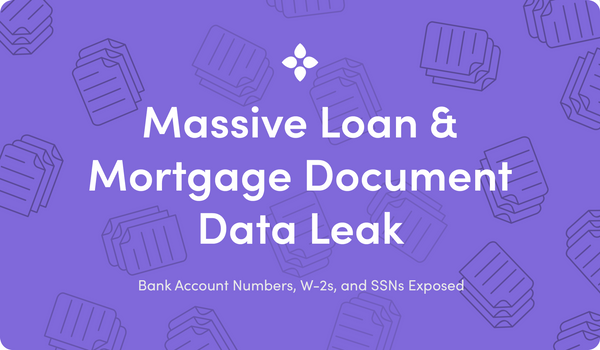 Last Wednesday, TechCrunch reported that a “trove of more than 24 million financial and banking documents, representing tens of thousands of loans and mortgages from some of the biggest banks in the U.S.” had been left exposed online for more than two weeks. 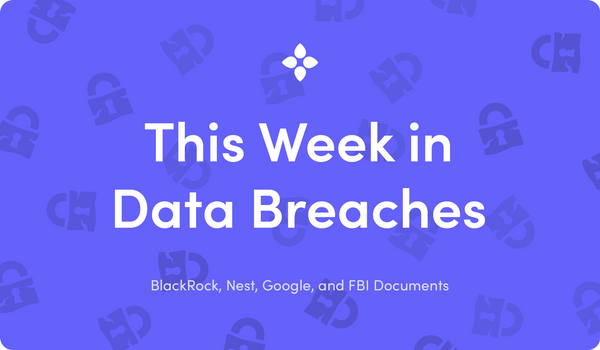 It has been another busy week in data security news with reports on hacks and leaks coming in rapid-fire succession on a near daily basis, from millions of phone logs and text messages being exposed to a massive leak of FBI data in Oklahoma.