2018 marks a high water point for data breaches and leaks as large corporations and government agencies fail to adequately protect and safeguard the personal and financial information of billions of people worldwide. Below, the Global Data Crisis by the numbers.

In 2018 alone, over 2.6 billion records were stolen or exposed in more than 1,100 data breaches around the world. Hacks and leaks expose names, passwords, email addresses, dates of birth, employers, spouses, addresses, medical records, purchase histories, and social security, passport, and credit card numbers — highly sensitive and confidential information that gives thieves the keys to your identity.

As of December 5th there have been 1,138 data breaches in 2018, exposing over 2.6 billion records. There is no doubt that this figure fails to capture the true extent of the problem, with small-scale exposures getting lost in the deluge of reports and many companies failing to disclose breaches until years later.

As breaches have swiftly expanded in their size, scope, and frequency, there has come a rapid rise in fraud and identity theft, with millions of new victims every year. Victims of identity theft must deal with the destructive nature of data breaches firsthand, whether their credit has been demolished by card fraud, bank accounts emptied, or lives upturned by all kinds of other nefarious activity.

In 2017 alone, there were over 16.7 million victims of identity fraud, leading to $16.8 billion in financial damages. Identity theft, driven by non-card fraud and account takeover, affected 6.6 percent of consumers in 2017. Account takeovers caused $5.1 billion in financial losses, up 120% from 2016, and cost victims on average $260. Since 2012, 1 in 3 Americans have been victims of identity theft.

2018 brought with it watershed moments that mark a growing awareness and concern in the collective consciousness about how our data is collected and used. As data breaches have risen and issues around data have multiplied, we have seen a newfound sense of urgency for more robust privacy and security measures to protect the data of consumers.

According to SAS, 73% of consumers have growing concerns about data privacy. As a result, 77% have changed their privacy settings, 65% have declined terms of service, and 64% want the right to have their data deleted. As for industries that consumers trust, only 46% trust financial institutions with their data, 29% trust government agencies, and 14% trust social media companies.

Consumers, who are growing increasingly wary of breaches and theft, have begun looking for ways to take back control of their data. Moving forward, companies must find ways to put the consumer first, protect the right to privacy, and foster the adoption of new data sharing models.

Moving into 2019, the global data crisis will only intensify. Centralized databases will continue to leak data on billions, while hackers will grow increasingly brazen in their attacks. Vast treasure troves of centralized data present highly rewarding targets for hackers. It’s a matter of when, not if, they’ll be hacked. 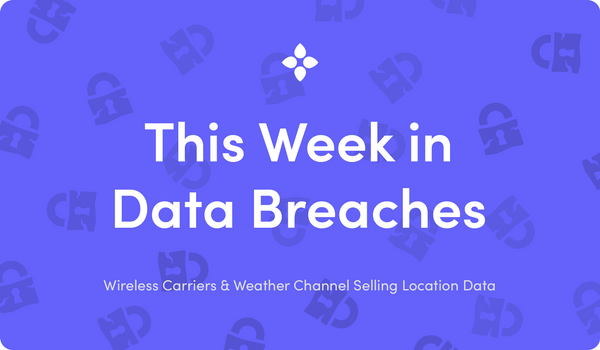 To start off the new year, we have startling new revelations about US wireless carriers selling real-time location data, a massive data leak in Germany, and more data breach settlements. Here we round up the latest in data news. 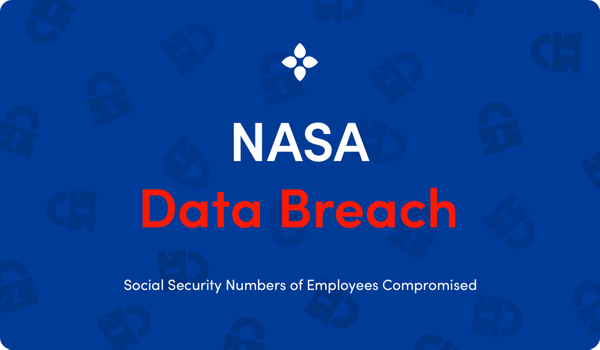 NASA disclosed in an internal memo on Tuesday that a security breach of its servers exposed the data of an unknown number of current and former employees, including social security numbers and other personally identifiable information.