Today, we share with you the raw journey towards financial stability of a low-income American citizen, Nick*. He opens up to us about what it was like growing up in Chicago during the 90’s and his ongoing battle with addiction and debt. Nick’s honesty and willingness to share life’s most challenging experiences is what makes this conversation very important to share.

Nick’s upbringing was far from an idealistic childhood. He experienced death and addiction at a very young age, and later into adulthood, was stuck in a tough financial cycle with little to no support.

During the early 1990s in Chicago, gangs dominated many of the low income neighborhoods. According to the Chicago Tribune, in 1992 alone, there were 943 homicides in the city of Chicago. Nick shares, “I was born and raised in Chicago. I joined the gangs when I was younger. After my brother got killed, a friend introduced me to drugs.” At this time in his life, Nick had the financial resources to fuel the addiction, but added that “when you’re strung out [on drugs], you don’t pay bills.”

Nick was frank and told us that the long term financial implications of those actions were far from his mind.

Financial implications aside, Nick knew he needed to get clean and get his life on track. “I wanted to turn my life around so I joined a church back in the 1990’s. And I became part of a traveling team with the church pastor. His name was Fernando — he and I traveled around the country to do missionary work. Then in 2003, I came out to Chino Hills, California to help out with a local ministry. I did ministry there for 7 years.”

After the 7 years at the ministry, Nick was in a serious car accident that left him in a wheelchair with large medical bills.

Despite a positive perspective, he faced an uphill battle both physically and financially.

He needed time to mentally and physically heal as he put his life back in order. Serious medical emergencies can be very disruptive, in more ways than one. With health on the line, finances can seem far from the most important priority. Yet when medical bills slip through unpaid, credit scores can suffer years after the incident. When medical debt becomes delinquent, it is sold to a collection agency or to an internal collection department. Subsequently, these departments report the debt to one of the three credit reporting companies — Equifax, Experian and Transunion.

According to the Consumer Financial Protection Bureau, there are as many as 43 million Americans that have their credit score negatively impacted by medical debt. This accounts for just over half of all debt found on credit reports. There have been some recent changes to allow more time to resolve disputes. Beginning in September 2017, the major credit reporting agencies are allowing a 180-day grace period before including medical debt on consumer’s credit report.

However, there may be some minor relief for those drowning in medical debt, as the credit bureaus recently were ordered to remove existing debt from a consumer’s report once it is paid by the insurer. To help in differentiating between medical and non-medical debt, FICO and other major bureaus have updated their system so that people with medical debt in collections receive a smaller penalty than those with non-medical collections. You are able to see upwards of 25 points over older scoring versions. The updates are a result of a 2015 settlement between the New York attorney general, Eric Schneiderman, and the three major credit bureaus. These changes help someone, like Nick, whose major credit slip is from medical collections.

While this is a big step forward, there is still much to be done. Within the murky waters of the credit world, we have learned that there is always a catch. There are banks and other lenders that still have not adopted the newer versions of the credit-scoring models so it is important to check your credit report regularly for accuracy. Remember — everyone in the U.S. can get a free credit report from each of the major credit bureaus annually.

Nick estimates that his credit score is somewhere between 500–600. He has not checked in recent months.

He describes some early experiences that still affect his finances today.

“Having bad experiences with credit was always the case with me. My family took my name and my Social Security number and bought some stuff with it. They never paid and it messed up my credit. Another time, I was living with my ex-girlfriend and her other girlfriends took my sim card and ran up the phone bill to $1000. And who’s got $1000? I didn’t. So I didn’t pay the bills and I had to disconnect my phones.

Right now, life is a struggle for me. It’s important to protect your credit and your name.”

In a survey by The Consumer Federation of America, less than half of the respondents knew that credit scores were used by non-creditors such as electric utility companies, home insurers, cell phone companies and landlords. When asked about his credit score, Nick shared, “I didn’t know how necessary good credit was for loans. But everything nowadays including getting an apartment and a vehicle requires a good credit history. If your score is not next to 700, it becomes a problem. The credit card payments will be outrageous! I know people who have no credit and they struggle. A young lady who is suffering from bad credit lives in Bellflower. She’s always asking other people to sign for her because of her bad credit.”

In a 2014 report, the Consumer Finance Protection Bureau stated one out of five consumers with a credit report from one of the major bureaus have a debt in collections. On top of that, roughly half of these negative reports are collectors seeking unpaid debt owed to hospitals and medical providers. The steps to rebuilding credit are similar to building credit from scratch — follow the best practices. While mistakes do eventually fade, the time it takes to recover a credit score depends on the scale of the impact and how recent. Experian informs us that debt in collections can stay on a credit report for up to seven years and bankruptcy can be close to a decade.

To begin the process of rebuilding credit, the largest advantage people have are existing credit accounts. These existing accounts that weren’t closed by lenders can be used to get back on the right track. The best practices for rebuilding credit include prioritizing paying down balances, keeping balances below 30% and paying them on time. On-time payments are the single most important factor is rebuilding your credit. The next best options are the same as building new credit and are highlighted in our last Credit Conversations with Maria.

Nick is still optimistic about rebuilding his credit and continues to seek guidance for his finances. We were struck by his nonchalant manor when describing the most tumultuous periods of his life. He has survived many adversities yet continues to work hard towards finding financial stability. Fundamentally, he possesses the resiliency that many of us aspire to.

To no surprise, Nick tells us that he has not given up and you shouldn’t either. 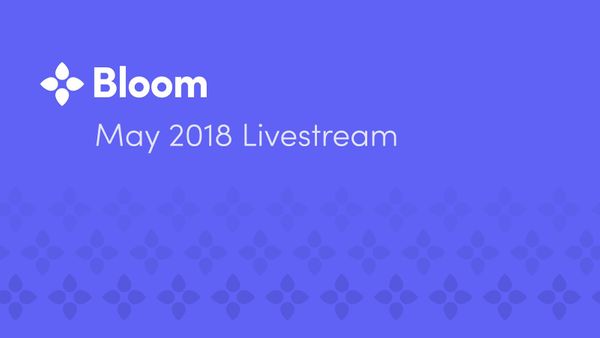 Thank you to everyone who joined us for the official May Bloom livestream. We had lots to share about the mobile app launch, upgraded Phase… 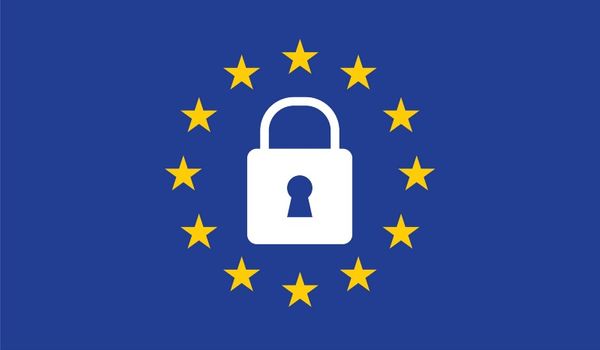 The global narrative is shifting towards critical conversations surrounding individual and consumer privacy. Who owns your data? How are…