BERD’s mission is to open source our learnings, research, and interviews to create a more inclusive, global, and personal credit system. As part of BERD’s mission to foster a healthy global credit climate, we will be working with a diverse set of partners in an effort to present a wide range of perspectives to our community.

This co-report, written by John Ulzheimer, is a joint collaboration between Bloom and VantageScore as part of a new series examining credit scoring models and alternative data. The views expressed in this article are the author's own.

There are a number of similarities between the two commonly used scoring models. But it’s the differences that make them unique. The two scoring platforms are designed and developed by two different companies, so there are natural differences between FICO 9 and VantageScore 4.0.

Similarities Between FICO 9 and VS4

Design Objective – Every credit scoring model has a performance definition, a design objective that is the reason it is being built. Much like a hammer is designed to drive and remove nails, credit scores too have their specific purpose.

The design objective of both FICO and VantageScore’s credit scores is to predict the likelihood that a consumer will go 90 days past due or worse in the 24 months after the score is calculated.

The various models produced by both companies weight different factors differently and have different model architectures in order for them to be optimally predictive and inclusive within the timeframe that they will likely be used.

The VantageScore 4.0 model was built using a refreshed data set from the years 2014-2016, to take into account the latest credit products and trends in consumer behavior. Development was based on anonymized consumer credit files from all three credit bureaus.

The model weights recent credit activity such as credit line management higher than other more traditional factors like age and depth of credit use. This actually helps those that are new to credit like GenZers and Millennials who aren’t active users of credit get a more accurate credit score.

Tri-Bureau Availability – There are only two scoring platforms (FICO and VantageScore) available from each of the three major credit reporting companies (CRC); Equifax, Experian and TransUnion.

VantageScore’s use by lenders has been growing significantly. Global management consulting firm Oliver Wyman studied usage of VantageScore credit scores in the 12-month period between July 1, 2017 and June 30, 2018 (consistent with its similar study one year ago) and found that nearly 10.5 billion credit scores were used by over 2,800 unique users. This represents a 20 percent increase in the number of scores used versus last year’s study. While the consulting firm found use of VantageScore across the consumer credit landscape, it found that among financial institutions, credit card issuers were the largest users of VantageScore credit scores and they accounted for approximately 4.4 billion scores used overall.

Differences Between FICO 9 and VS4

There are many nuanced differences between the two models. Here are a few of interest:

Inquiry Treatment – Both FICO 9 and VS4 will consider inquiries when calculating a credit score. But, they do not consider them the same way. For example, mortgage, auto and student loan inquiries are ignored by FICO 9, and previous FICO scores, if they are less than 30 days old. After they are older than 30 days, if they occurred within 45 days of each other then those multiple inquiries are treated by the scoring model as a single inquiry. VS4, as with previous versions of VantageScore, will treat all inquiries that are within 14 days of each other as a single inquiry.

The reason that the models “dedupe” inquiries is to encourage consumers to shop around for the best rates and terms for loans.

It’s worth noting that once an inquiry of any type becomes greater than one year old, neither scoring system will consider them in the scoring process.

NOTE: One account can satisfy the above criteria. For example, if the consumer has a Wells Fargo mortgage loan on their credit report that is three years old and was updated last month, the consumer’s credit report will qualify for a FICO score.

VantageScore 4.0, and Prior Versions – Consumers can be scored who have tradelines that are less than six months old or who haven’t had an update/reporting on their credit files in the past six months but have had updates that are more than six months old. This enables the model to score approximately 40 million more consumers than conventional models.

This is an important differentiator for VantageScore. The VantageScore model represents a market-based solution to a broader economic challenge: making consumer lending market more accessible to creditworthy consumers who are otherwise unscoreable while creating a corresponding opportunity for lenders.

The VantageScore model can better distinguish between consumers with a clear track record of unfavorable credit behaviors from those who are simply starting to develop, or re-develop, credit histories. Individuals in these groups typically include:

A breakdown by ethnicity is as follows:

Demonstrating this predictive performance improvement, there is nearly an identical alignment of default rates between those with limited credit histories and those who have conventional credit behaviors in the first year of a new account.

Consideration of Trended Data – Several years ago the credit reporting companies began maintaining a historical monthly record of the balances and actual payment amounts on your loans and credit cards. This is called trended data and it allows for differentiation between someone who pays their credit cards in full each month versus someone who pays less than their full balance and revolves some amount to the next month.

One way lenders determine the predictive “lift” one model has versus another is to examine how many more loan applications may be approved while holding a desired default rate tolerance steady. According to VantageScore, a lender that holds its risk appetite for default rate constant at 1.5%, VantageScore 4.0 allows an incremental 5% of the prospects to be approved compared to a weaker generic static credit score.

John Ulzheimer is an expert on credit reporting, credit scoring, and identity theft. He has written four books on the topic and has been interviewed and quoted thousands of times over the past 10 years. He has been an expert witness in over 230 credit related lawsuits and has been qualified to testify in both federal and state courts on the topic of consumer credit. The views expressed in this article are his own. 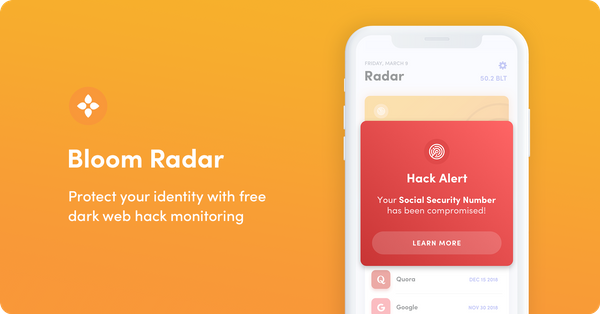 Today, we are excited to announce Bloom Radar, free personal data breach monitoring for Bloom iOS app users. Radar monitors data breaches and notifies you if any of your data might be compromised as new breaches occur. 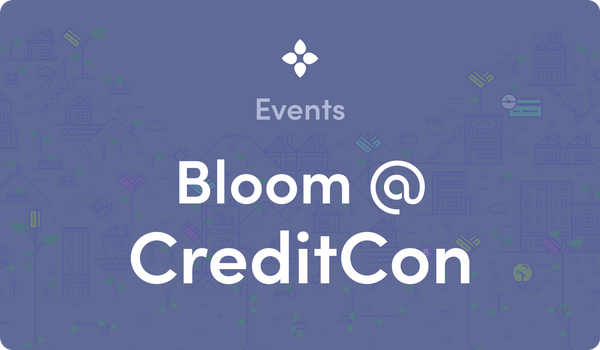 Bloom co-founder Jesse Leimgruber will be speaking at CreditCon 2019 in Las Vegas this week!