The Bloom Economic Research Division serves as a core research division within Bloom leading an open-source data approach to credit analysis. The BERD team conducts and publishes policy and economic research with the goal of leading a discussion towards a healthy global credit climate. BERD’s mission is to open source our learnings, research, and interviews to create a more inclusive, global, and personal credit system.

We are pleased to introduce our latest report, a global perspective on household debt. This research is prepared by analyst Connor Hays.

A Global View of Household Debt

Since the early 2000s, household debt has been on the rise in both developed and emerging economies across the globe. Many developed countries face extremely high household debt-to-GDP ratios even after having initially seen significant declines in household debt in the wake of the Great Recession. Since then, debt levels have begun to creep back up. Meanwhile, emerging markets have also seen precipitous increases in consumer spending and household debt fueled by the rapid expansion of credit.

As a negative correlation exists between household debt-to-GDP ratios and long run economic growth, there is concern as to the drag being placed on economies, both developed and emerging. A recent paper in the Quarterly Journal of Economics, by Atif Mian, Amir Sufi, and Emil Verner, found that increased household debt-to-GDP ratios, that is household debt expressed as a percentage of gross domestic product, predicted decreased macroeconomic growth and higher unemployment in the medium and long run across a wide range of economies.

Following up on research into the macroeconomic effects of household debt, the IMF recently released a working paper that confirmed “the negative relationship between household debt and future GDP growth.” The IMF paper also found that while increased household debt can lead to economic growth and low unemployment in the short run, in the medium to long run multiple economic mechanisms act to inhibit household consumption, increase probability of banking crises, and create unwarranted economic confidence in the wake of debt (i.e. credit, booms).

This trade off, between fueling short term growth and placing a significant drag on long run demand, is one that many developed countries are now having to face head on. With interest rate rises coming in the United States and United Kingdom, consumers will face increased debt burdens and cost of borrowing, carrying the potential to quell economic optimism and stunt continued economic growth. And as increasing household debt begins eating up a greater percentage of household income, consumers may slow spending and instead focus on paying down debt and putting money aside for future expenses.

With continued fragility and systemic risk in the global financial system, there exists the potential for the emergence of new financial crises as central banks begin to raise interest rates, credit tightens, household debt rises and repayment becomes more burdensome. Under such circumstances, it is likely the global credit boom will give rise to a global credit crunch.

You can access the full report, with data sources and cited research, by clicking here.

CC BY 4.0: This is an open access work distributed under the terms of the Creative Commons Attribution License, which permits unrestricted reuse, distribution, and reproduction in any medium, provided the original work is properly cited. 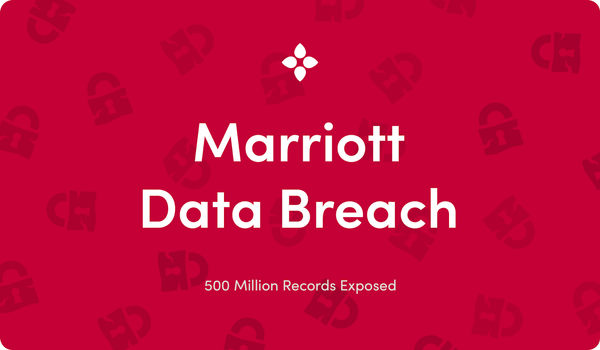 On Friday, Marriott International disclosed a massive breach of its Starwood reservation system that exposed the personal and financial…

As an employee, reimbursements can be a pain. The reimbursement process allows employers to pay back employees who have spent their own…

—
BERD Report: A Global View of Household Debt
Share this