Bloom has been the leading protocol for innovative uses for dapps, from decentralized identity, to lending, to digital commerce. Nurturing the developer community is important to us. Meeting in person has been even better. Last month, we had an incredible time at the ETHDenver #BUIDLATHON and awarded $2,500 in total prizes to the best projects integrating Bloom for identity and lending.

Here is DOXA, a blockchain-based lottery system powered by BloomID.

DOXA: A Blockchain-Based Lottery System with Savings and Staking in Mind

DOXA is a lottery system that leverages the transparent and secure nature of blockchain.

Currently, DOXA incorporates two types of lottery systems. The first is lotto-based (which is similar to Powerball / Mega Millions). The second is through Prize-Linked Saving Accounts, where users are allowed to play based off of the interest within the pot, thus losing no initial funds and incentivizing users to save more in order to passively gamble without risk to savings. The lotto use case is not only under-represented within the blockchain ecosystem, but the PLSA’s offer potential benefits that would entice various forms of legislation to see the benefits of a more efficient system.

The current system, which still runs on paper-based tickets, has billions in unclaimed winnings, and sucks up billions more which could otherwise be invested by players, is in much need of change.

Streamlined lotteries and prize-linked savings accounts could save millions in administrative costs, curb underage gambling, reduce unclaimed winnings, and put funds to more productive use, making for a safer and more efficient outlet for gambling.

These benefits could spur changes to the government-run lottery monopoly that we have now. New approaches, like that taken by DOXA, could provide the catalyst for opening up the system to new and innovative ways of operation.

DOXA used Bloom for identity, Rhombus for their RNG, and ShapeShift for their currency conversion. They programmed their website and dashboard with JS/HTML/CSS, Sketch, & React + Redux.

You can see the repo here: https://github.com/brennanfife/DOXA

Bloom enables a decentralized infrastructure for identity and lending which puts security and privacy first, reducing the risk of data breaches and mitigating the risk of identity theft.

Quickly and easily start developing on top of the Bloom Protocol with Bloom Starter. Getting started with integrating a third-party ecosystem can seem daunting. Bloom Starter aims to ease this pain by providing simple starting points for integrating Bloom into your app.

For a full step-by-step guide on getting Bloom Starter up and running, check out our Bloom workshop video or our blog post.

For more documentation see our: 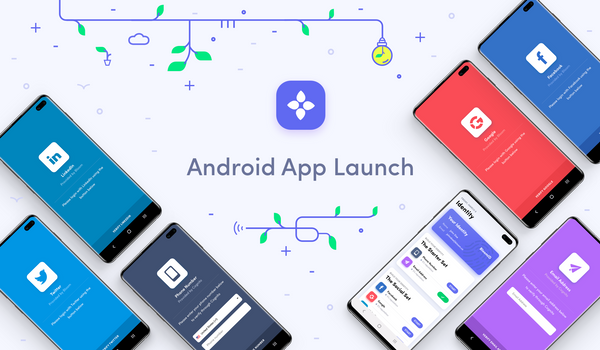 Today, we are excited to announce that the Bloom Android App is now LIVE on the Google Play Store! 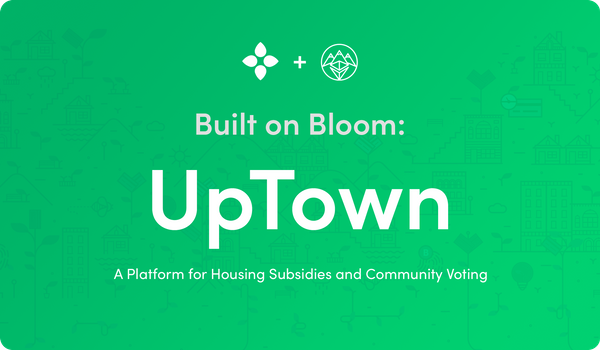 Bloom continues to be the go-to protocol for all kinds of innovative uses for dapps, from identity, to lending, to digital commerce. We had an incredible time participating in the ETHDenver #BUIDLATHON and awarded $2,500 in total prizes to the best projects integrating Bloom.