More than $10 Trillion of goods and services are imported to Latin America and the Caribbean each year. In the recent decades, these markets have rocketed into the forefront of the global financial landscape.

Despite the rapidly growing economic activity in the region, many large scale financial contracts are over the counter, documented only on pen and paper. These agreements are frequently based on antiquated protocols that are hundreds of years old.

The rapid growth and lack of international transparency has lead to a perfect storm for uncertainty in the credit markets. A growing body of experts expect the need for debt restructurings to increase throughout the next two years. This restricts the ability for everyday citizens to access even basic credit and financial services.

Though, as with any massive inefficiency, the landscape adapts and evolution occurs. This is why work between RCN and Bloom is essential to the long term development of the region.

RCN’s primary mission is to democratize the access to digital credit. They started learning about this in the South American region where 65% of the population still remains unbanked and credit markets remain uncertain.

The RCN protocol ensures transparency. As a network, users can access peer-to-peer lending services, regardless of where the lender and borrowers live, or the currency they use.

This is a cheaper alternative to traditional banking brokerage costs and fees — and a far more transparent one.

Ripio, the company behind the RCN protocol have been offering a range of financial services for the emerging markets, using blockchain technology to make a more accessible financial system since 2013.

Ripio serves 200,000+ users from Argentina, Brazil and soon is expanding to Mexico and Colombia; Ripio has been the first reference implementation of the RCN protocol and there are several other wallet and providers around the world that will join the network in the near future. Ripio and RCN are backed by Tim Draper, Pantera, DCG, Boost.vc, Medici Ventures (Overstock), among others.

“RCN was designed to allow the participation of several agents in the network, we are fans of decentralization and Bloom fits perfectly as an strategic partner to bring reliability, scoring and ID verification for all the wallet providers and credit exchanges that are bringing their lenders and borrowers to our networks” stated David Garcia, managing director of RCN.

Ripio’s existing loan portfolio through the RCN protocol includes 200,000 registered users in Argentina and Brazil. RCN is is currently working on replicating that integration with partners in Mexico, South Korea, Phillipines, China, Vietnam and elsewhere.

The system will ultimately capture all of the parties involved in every loan made, including a cosigner on each loan. The cosigner acts as the insurer for repayment of the loan, should the borrower default.

Assessing a risk of default, and implementing a system of tracking and enforcing long term creditworthiness is a critical component for scaling their system.

The nature of lending on blockchain opens the possibility to avoid repayment of the loan since the lender might not have all the necessary details of the borrower to enforce the debt in the borrower’s jurisdiction.

By leveraging BloomID and BloomIQ, companies providing services through RCN can improve enforceability and payback rate of loans by verifying a user’s identity and connecting their payback to a global reputation system.

RCN and Bloom are working together to create reputation based lending with the help of decentralized credit rating, which consists of data from decentralized lending.

Bloom and the nodes on our network will update the payback rate of RCN network loans tied to an individual user’s BloomID, this allows companies to participate in the network to broadcast defaults to a BloomID for other lenders to consider when issuing a loan.

This is similar to how the current credit bureaus work today. When a lender issues a loan, they update the bureaus with the results of that loan. 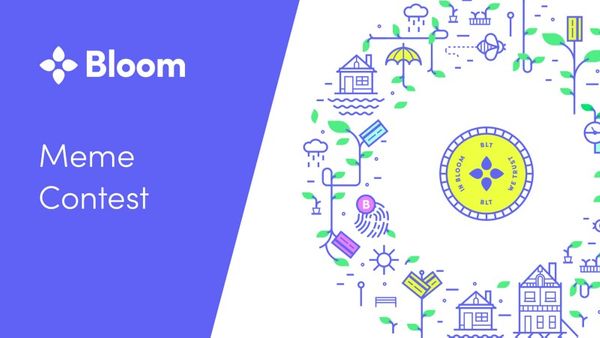 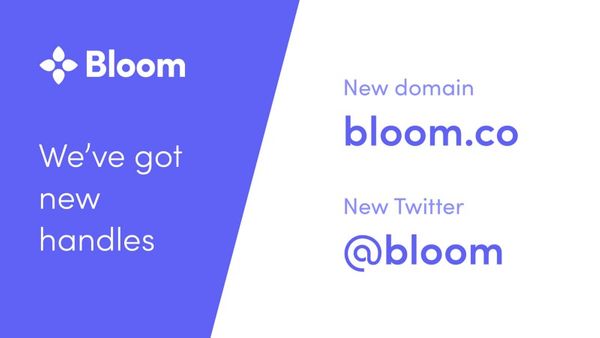 Happy Friday! We have new updates to our official site and twitter.