Bloom is not a lender. Bloom is a protocol.

This means that both traditional applications and blockchain-based dApps can build on top of Bloom to enhance their applications.

In the traditional world, credit scores have a number of uses outside of lending. In the decentralized world, the need is even more prevalent. The possibilities of leveraging Bloom expand well beyond lending into industries like insurance, employment, and tenancy much like a traditional credit score. However, we wanted to highlight some of the use cases enabled by all of the parts of the protocol.

Some novel uses of the Bloom Protocol

BloomID allows businesses to verify and associate any part of identity. This offers a number of opportunities to expand on.This makes it generalizable for different use cases.

Expanding on The Status Quo:

Bloom reinvents the credit infrastructure. While Bloom offers a number of improvements, the traditional infrastructure contains a wealth of valuable information, which Bloom leverages.

Protocol Components There are three main systems which comprise the Bloom protocol:

BloomID works across borders, and adapts to information that is available on a given user.

BloomID lets users establish a global, federated identity with independent third parties who publicly vouch for their identity information, legal status and traits. These third parties can be friends, family or peers who vouch for a user’s identity and/or creditworthiness (“peer-to-peer staking”) or organizations who earn revenue by evaluating a user’s credentials (“organizational staking”).

Organizational stakers can either inherit trust from their existing reputation (such as existing credit bureaus and identity companies who publicly announce which attestation contracts they control) or by establishing a track record of successful identity attestations on the network.

By publishing all historical identity attestations on the blockchain, organizations can help take part in building a reusable identity that builds up trust over time rather than having to be re-evaluated for every transaction with a new lender. This can not only save money across the network of lenders, but it can also help significantly reduce on-boarding time by reducing duplicate work by anti-fraud and compliance teams across lending organizations.

BloomIQ, A Registry for Reporting and Tracking Historical Credit BloomIQ is a system for reporting and tracking current and historical debt obligations that are tied to a user’s BloomID.

BloomIQ’s tracking mechanism puts the user in control, requiring each instance of payment data released to a 3rd party to be authorized by the user. One of the primary goals of BloomIQ is to allow a user to import existing credit history to this decentralized system, reducing the need for credit-established users to build up their credit quickly.

BloomScore is a dynamic indicator of an individual’s likelihood to pay debts that adapts to the maturity of a user’s credit history (or lack thereof). By splitting a user’s credit scoring mechanism into three phases that each take into account different data points with varying weights, BloomScore can produce a score that is conducive to building credit from the ground up while helping creditors differentiate the credit risk of consumers in markets and communities with sparse data.

BloomScore initially relies on peer-to-peer credit stakes from BloomID as a means of bootstrapping trust and eventually transitions to primarily using the user’s own spending habits and credit activity as a proxy for creditworthiness. Organizational stakers with an established presence can vouch for users with strong credit under the current system allowing them to transition their existing history and reputation to the Bloom network. 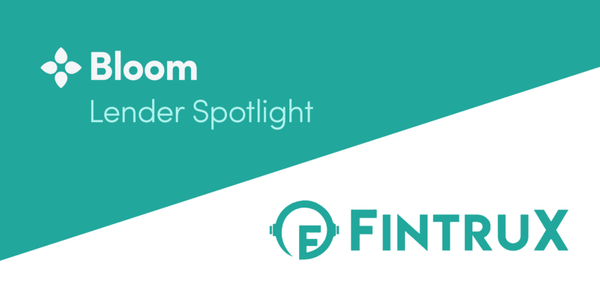 Today, we are excited to announce our partnership with FintruX — a global p2p lending platform where borrowers, lenders, third party… 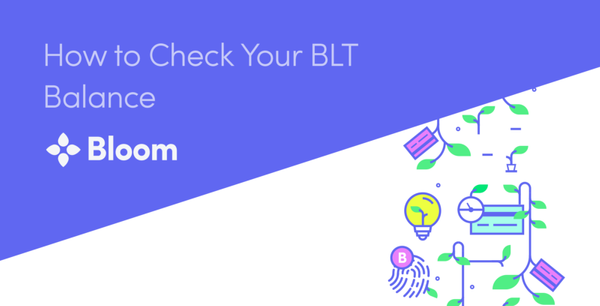 Thank you to everyone who has participated thus far in the Bloom token sale!

—
Building Applications on Bloom Protocol: The 3 Key Components
Share this